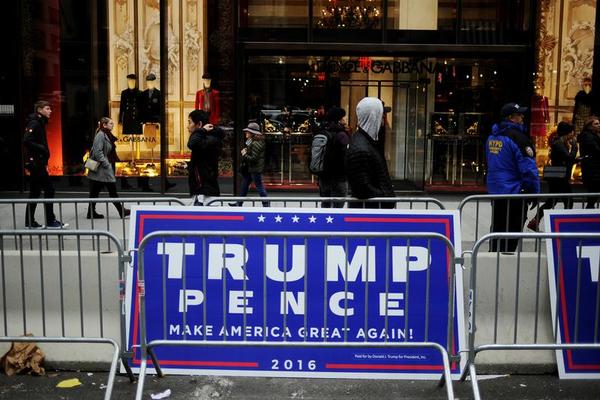 REUTERS/Mark Kauzlarich
The cavalcade of Republican luminaries continues in and out of Trump Tower today.
On today's bill:

“Saudi Arabia continues to spend billions of dollars funding the spread of the Wahhabi Salafist ideology that fuels groups like ISIS, al Qaeda and other jihadist groups around the world. The U.S. must stop arming Saudi Arabia, stop fueling this fire and hold Saudi Arabia accountable for their actions.”

MOSCOW Russian President Vladimir Putin said on Wednesday that Russia would send ideas to Washington within a week to follow up his talks with U.S. President Joe Biden on the Ukraine crisis.